Atomos has just announced the new Shogun 7. A 7-inch HDR monitor, recorder and switcher all-in-one unit with a 1500nit daylight-viewable, 1920×1200 resolution screen with the ability to display a claimed 15+ stops of dynamic range. It can also output Dolby Vision to compatible devices. 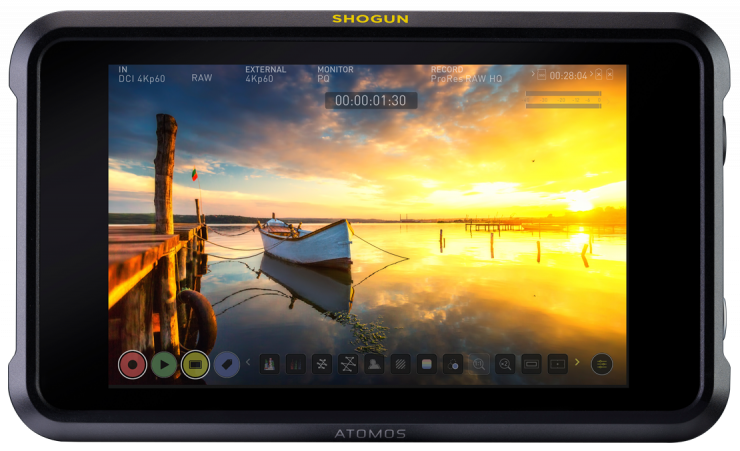 The Shogun 7 has a typical Atomos recorder layout, with two NP-F battery slots, a caddy slot and I/O. It can also be powered by an AC adaptor. Hopefully it runs quieter then previous devices with the internal fans but there are some large vents on top. Hard to say how weatherproof it would be but you definitely don’t want any water dropping in. 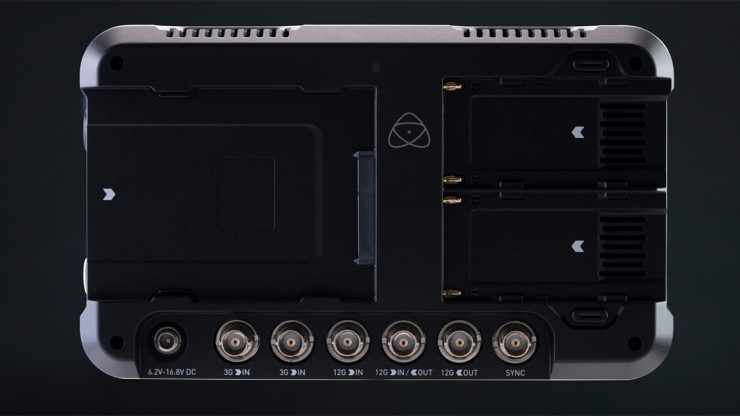 According to Atomos, a new 360 zone backlight allows for the Dynamic AtomHDR engine to show millions of shades of brightness and colour with a claimed 15+ stops of real dynamic range on-screen. The display is also claimed to display ultra-wide colour and 105% of DCI-P3.

For the first time, Atomos has teamed up with Dolby to create Dolby Vision HDR “live”. The Shogun 7 uses Dolby’s HDR processing algorithm to deliver HDR content on a Dolby Vision-capable monitor or TV over HDMI. 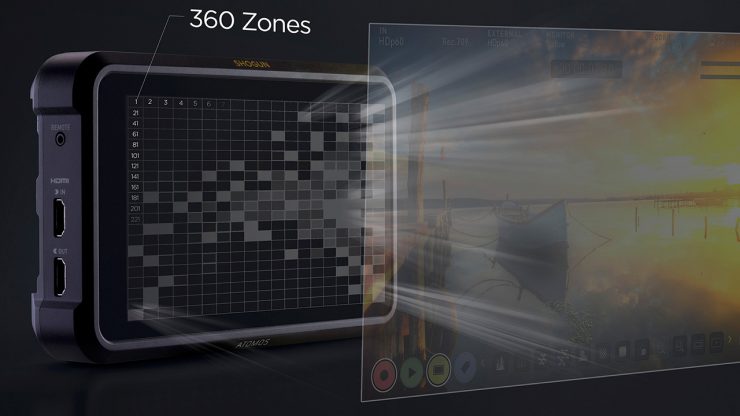 The Shogun 7 can also use the newer smaller AtomX drives as well as older approved SATA SSD drives.

As for recording, it can record to Apple ProRes RAW, ProRes, Avid DNx & Adobe CinemaDNG Raw. 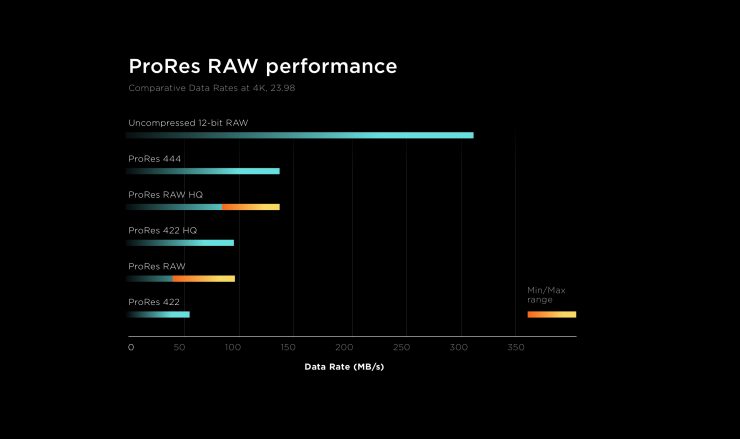 It can record ProRes RAW in up to 5.7kp30, 4kp120 DCI/UHD and 2kp240 DCI/HD, depending on the camera’s capabilities. 10-bit 4:2:2 ProRes or DNxHR recording is available up to 4Kp60 or 2Kp240. The four SDI inputs enable the connection of most Quad Link, Dual Link or Single Link SDI cinema cameras.

The Shogun 7 is probably the culprit to blame as to why the Ninja V and it’s recently announced SDI module cannot record ProRes RAW over SDI. Atomos are protecting their line up and forcing those users who want to capture ProRes RAW over SDI to either buy the Shogun Inferno or the new Shogun 7.

As with previous Atomos products, you can use a breakout XLR cable to record audio into the Shogun 7.

Record up to 12 channels of digital audio from HDMI or SDI and you can also add 48V stereo mics via the balanced XLR breakout cable. Whether any of the audio functionality has been improved over previous Atomos products is currently unknown. 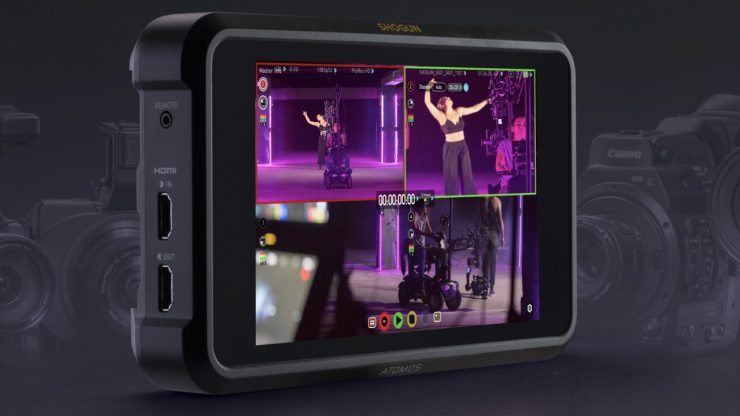 Finally, the Sumo 19 can be used as a multi-camera switcher with asynchronous quad-ISO recordings. This is something that was promised a long time ago. The surprise is it is also available on the Shogun 7.

Both units will record each stream up to 1080p60 as well as the program output as a separate ISO, complete with metadata. The firmware update will be released shortly for the Sumo 19.