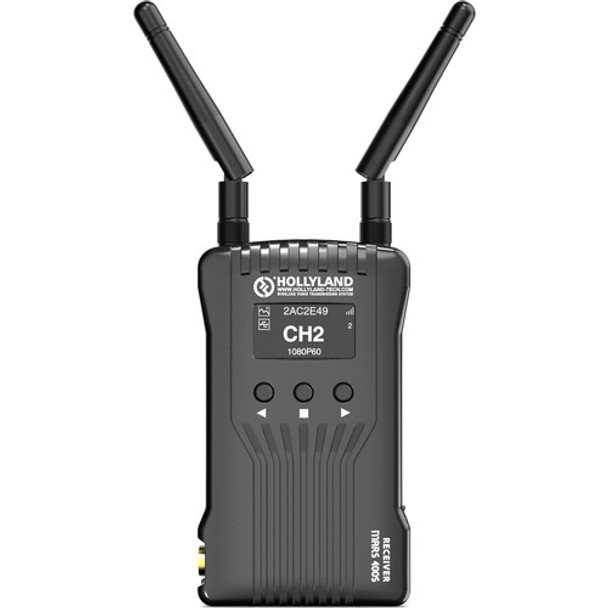 The Mars 400S SDI/HDMI Wireless Video Receiver from Hollyland supports up to a 1080p60 signal from an optional Mars 400S transmitter over a range of up to 400'. Two units can be linked to the same transmitter to receive the signal at the same time, and the signal can be output over your choice of SDI or HDMI outputs. The Mars 400S receiver has a lightweight metal housing and comes with a built-in L-series battery plate (batteries are sold separately). It also supports DC power via an included power adapter. An OLED display confirms the resolution, transmission channel, signal strength, and other details. It also shows a low-battery warning when there are about 30 minutes of runtime left.

One of the features of the Mars 400S system is a channel scan function. Via the OLED display, you can see the status of each selectable transmission channel in the environment you're in. This feature lets you know which channels are good and which have interference. Another feature is scene mode selection, which allows you to select from three different scene modes to best suit your environment. The three modes let you prioritize between video quality, low latency, or a balance between the two. 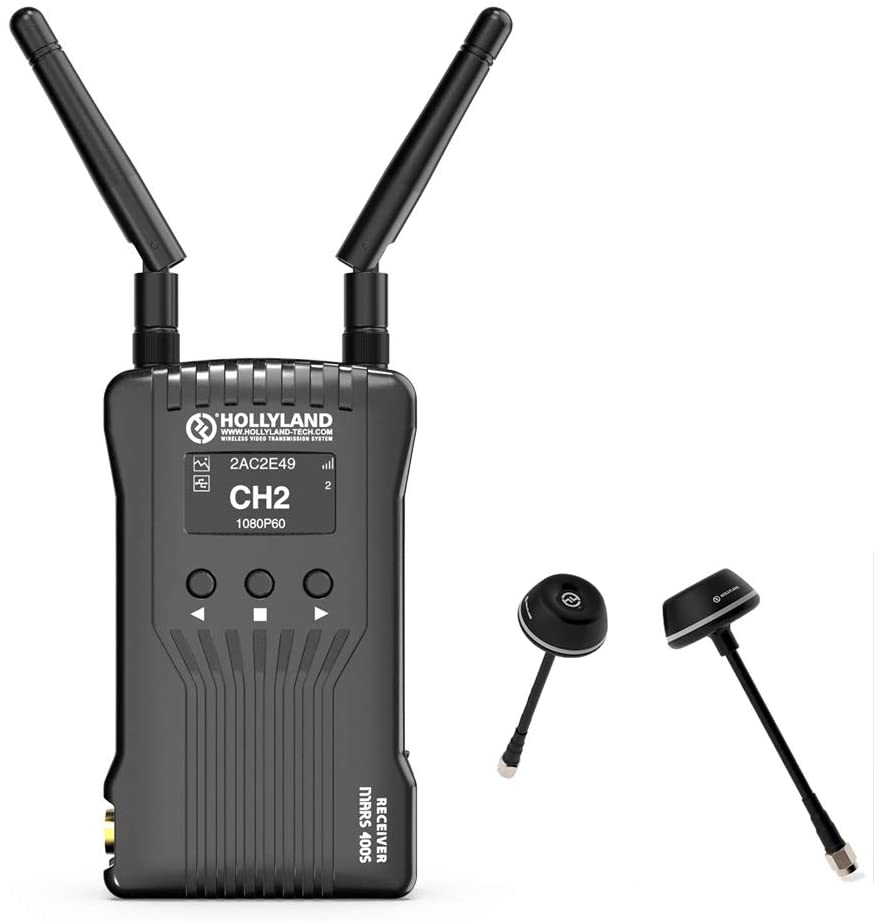 Pick up in store:

The first 1kg shipping cost is HK$30.
Subsequent weight (per 0.5 kg) HK$6.
The weight of the shipment is calculated as the actual weight or the volume of the material, whichever is the heavier. The formula for calculating the volume of the volume is: length X width X height (cm) / 6000.
The above shipping costs do not include non-business add-on (HK$30).

The delivery charges are listed in the table above, while tunnel fees and other expenses such as parking are excluded. The delivery service is provided by third party such as GoGoVan. You need to pay for the delivery charges when the driver arrives at your location and hand over the goods. Please note it is not a door to door service. You need pick up the goods at a nearest area that possible for the van to stop a while. Please keep your phone on so that the driver can contact you during delivery.